Posted on February 28, 2013 by tabardinnadmin

THE TRANSFORMERS:  ROBOTS IN DISGUISE #14:  Holy shit, this is one of the best issues of TF ever, even better than the Megatron one shot.  At first, one wonders if this one marks the beginning of a new Autobot/Decepticon war.  Truth be told, it doesn’t look like much of a war at all.  The Decepticons are back, and they’ve already won.  Damn, the revelation with Prowl is over the fucking top.  It was one of the most masterful things deceptions I’ve ever seen in a TF comic book.  Not even I saw that coming.  But best of all, we find out the real reason for the combiners to exist.  Those fans with long memories will recall that the first combiner was Devastator, comprised of the Constructicons.  Why would Megatron want to combine 5 different robots into one big giant?  (Well, aside from the obvious fact that giant robots are awesome?)  Find out in this issue.  It’s a doozy.  (And yes, Devastator is back.  Considering how one of them is dead, it’s an interesting conundrum with an amazing solution.) 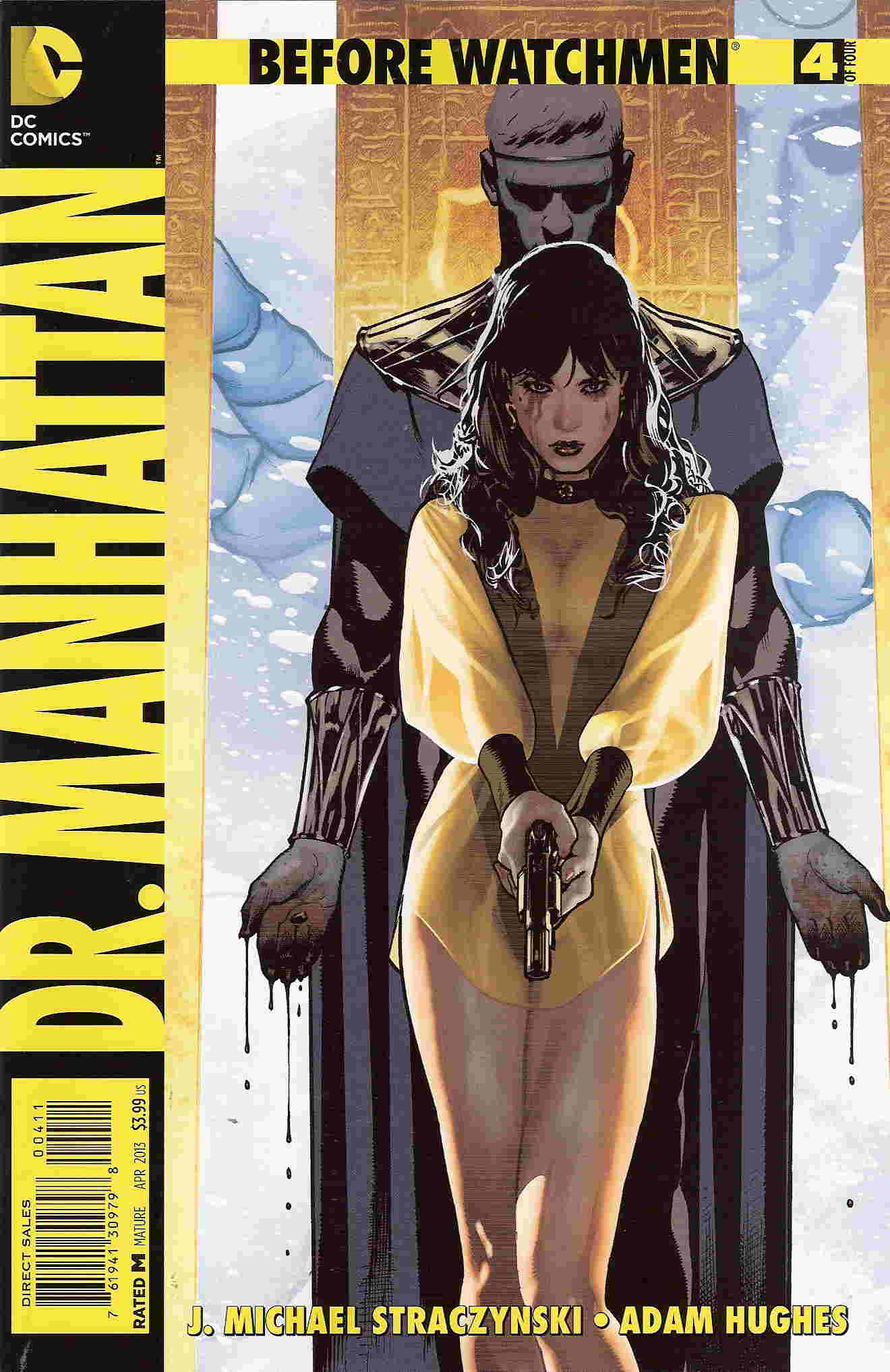 BEFORE WATCHMEN:  DR. MANHATTAN #4:  Yesterday, I posted a link on Twitter from Bleeding Cool about how awesome and different this issue would be.  Surprise!  It’s just as awesome and different as they said!  At one point in the story, the protagonist shifts from Dr. Manhattan to Ozymandias, and all because Dr. Manhattan chose to surrender all control over to the guy.  For a brief period of time, during which we read the book upside down and backwards, Ozymandias tells us the story, until after the events of the original WATCHMEN, when Dr. Manhattan takes over again.  It’s more than just a gimmick; it’s an amazing way to tell a tale.  How do you surprise an omniscient character?  You take his story away from him by tricking him into GIVING it to you.  Pure genius!  Just 3 issues of BW left:  Rorschach, Ozymandias, and Comedian.